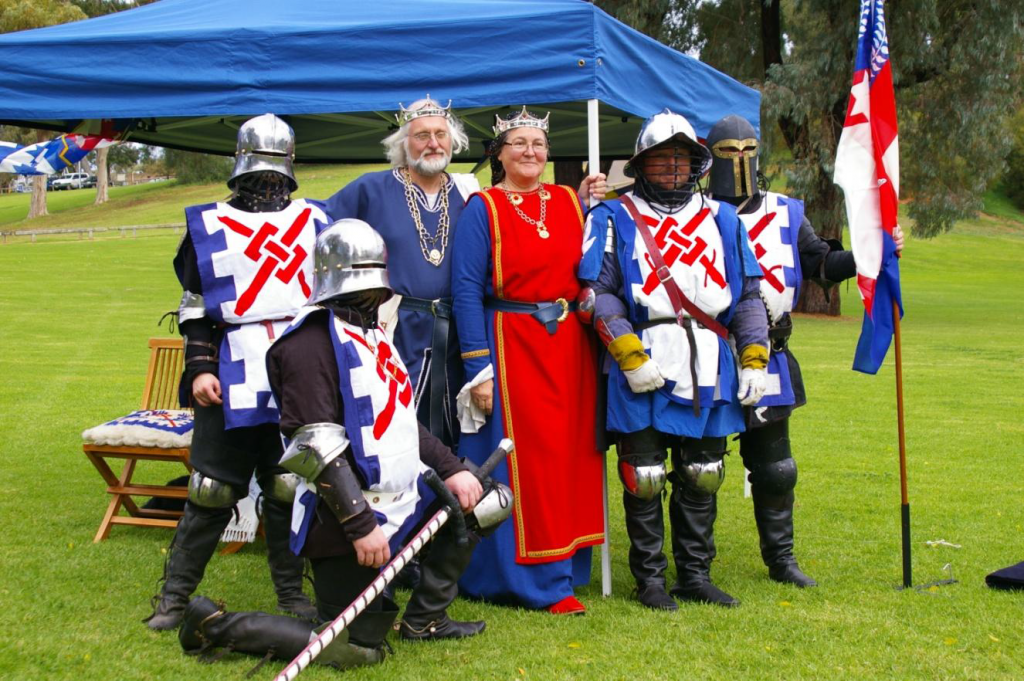 Founded: August 7 1994 AS29 – Tourney of Pearls, War Memorial Drive. Baron Tovye and Baroness Aislinn create the Order of the Huscarls.

About: “Our Barony has many strengths, and in its people lie many talents. Counted high amongst these is skill at arms, for the might of the sword is oft needed, both in times of peace and peril.

In combat, prowess and chivalry are but two sides of the one coin. For this reason did Tovye and Aislinn create and appoint the Huscarls of Innilgard, so that the might and honour of our Barony will ever be nurtured and that our borders never go undefended.” 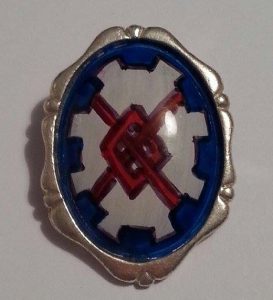 Token given to retired members