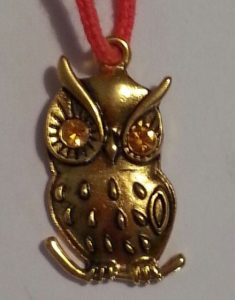 About: The Golden Owl is given for accomplishments in the Arts and Sciences. In her own words Baroness Aislinn says “I love owls , collect them, and they are also Athena’s own, and a symbol of wisdom.”