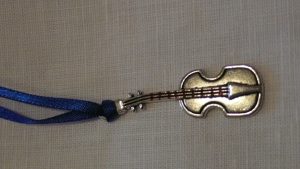 About: The Fretted Fiddle is given to those who provide entertainment to the Barony.